I started my last post wanting to talk about how racist and condescending the coverage of Das Racist has been, but I got sidetracked. I feel like a lot of the coverage of DR falls into a few distinctive tropes.

1.) The gist: Wow, these guys are actually smart. Who would have thunk?!

"Das Racist!: Smarter Than They Seem"

"They’re bringing their semi-intellectual brand of rap to the Independent on Wednesday, February 2nd with BABS favorite, Hottub."

WTF does SEMI-INTELLECTUAL MEAN? So if you talk about diaspora and colonization and then talk about beer and weed, THE FIRST ONE DETRACTS FROM THE SECOND ONE? If Michaelangelo painted the Sistine Chapel and then went on to do a series of low-brow comics, would people say he was only a semi-genius?!

This one is actually pretty accurate for the most part, but in what way are they post-racial?


2.) They rap about fast food...and post-colonial theory. ARE THEY HIGH ART OR LOW ART? I CAN'T DECIDE! AHHHHH!

If the idea that three brown men could be complicated enough to rap about White Castle one minute, and Homi Bhaba the next minute makes your head want to explode, you are probably a racist.

"Why, as two Wesleyan graduates who met in college, would you think you could rap?"

They're not rapping about being from the hood, or how many times they got shot. I think if they were making up stories about having been to prison that were untrue (like for example, Johnny Cash) that would be one thing. But just because someone has had access to education, doesn't mean they can't or shouldn't rap. Is anyone making that argument about Asher Roth? PURELY based on the fact that he went to college and NOT based on the fact that he is white and made jokes about "Nappy Headed Hoes." I feel like hip-hop is the only genre where people tell you you can't be a part of it if you went to college. And guess what? DAS RACIST!
Posted by Decolonize Everything. at 12:39 AM 1 comment:

das racist coverage and the power of not knowing

If you haven't figured it out, I love Das Racist. Since I came across their music several months ago I have been listening to them almost exclusively. I do take issue with some of their content which I find, sexist, homophobic, or otherwise tasteless, but for the most part I think they are genius AND I really appreciate that they are creating rap that gives me something to chew on and that they refuse to take themselves seriously. My friend Josh once asked, "but isn't that just the worst kind of hipsterism?" Usually, I would agree with Jay Smooth who once, speaking specifically about hipster brand-irony, defined cowardice as a refusal to take anything seriously. However, in this case, I disagree. Refusing to define oneself or take oneself seriously can be really liberating. Surely, sometimes, often when done by people in power, it has been a way of evading responsibility for one's actions (or RACISM, sexism, etc.) i.e." Don't take the fact that I wore blackface to a Halloween party so SERIOUSLY, bro. I didn't mean anything by it." However, when you are brown or otherwise marginalized, people always want to define you or get you to define your self, so they can "know" you, in the colonial sense.

For example, as a mixed race woman, people always ask me "what I am"? I could tell them, but I prefer to let them WRITHE in their discomfort of NOT KNOWING. Because the way they act towards me or WHAT THEY THINK THEY KNOW ABOUT ME will change based on how I answer the question. If I say, I'm Black, they will usually become more comfortable because they think they know something about Black people and have some idea of how they think they should proceed now that they know they are interacting with a BLACK PERSON. Or if I conflict too much with what they  "know" about BLACK PEOPLE, they will tell me I'm not Black. Because colonists get to tell you what you are and aren't. That is their power as colonizing subject (as opposed to the colonized object, i.e. the brown person.)

If I tell them, I'm Lebanese they may respond in a different way, like by telling me about they had had a Lebanese best friend in middle school. (Great! I care! I really do!) The point is, if you don't tell them, they can't know. It's a way of depriving this tiny bit of power from people that enjoy every other power and privilege in every other possible way. Well, sometimes. You don't have to be privileged in every way to "other" somebody or make them feel less than. But in the situation I am describing, the situation of someone asking me "what" I am, I feel they have taken power away from me by putting me under the microscope, and the only opportunity I have to seize agency is to refuse to answer. To make them SQUIRM.

And that's what I love about Das Racist. They make us squirm. While they are not dodgy about naming their ethnically, they refuse to use their music as a soapbox, to make a political stand and stick by it, their music is inherently political to those that choose to acknowledge its racial implications. One could argue that for anyone to speak from a marginalized subjectivity (i.e. being brown) is inherently political. (I was going to exclude Dinesh D'Souza and Ward Connolly from that statement, but their positions are political too, just not in the way I would like them to be.) Anyway, by talking about being brown, DR resists assimilation, which is inherently political. By naming racism, i.e. in "Shorty Says," DR draws attention to its continued existence in an allegedly "post-racial" America, which is also political. Their message is not always consistent, it's not even always anti-racist, ("smoke till my eyes turn Chinese"?) but it's it DR's unique way of speaking from their marginalized subjectivities, those of three brown men of varying ethnicities, one that is marked by experiences of racism, which are reflected in their music, BUT NOT MAKING AN OVERT STATEMENT about what sort of racial future we should be moving towards, they make us think without giving us the answers.  Kind of like what a good professor does. Some good professors. Anyway, my point is, people freak out because they can't figure these guys out. But that's what makes them so interesting, and what makes their music so unique. So stop analyzing and just listen.
Posted by Decolonize Everything. at 11:49 PM No comments:

Anonymous asked: But neither my generation nor most living white people participated in or condone those things. I can agree with the last thing though. Just imagine if it was the other way around and a white rapper consistently belittled Indian folks. I'm sure you'd have a problem with it. Even if the rapper presented you with some Wikipedia links as to why he felt that way and things that the Indians did in the past that were terrible.

yes. this what i want to say all the time.

Posted by Decolonize Everything. at 10:37 PM No comments:

Why does everyone compare Das Racist to the Beastie Boys?

Just because there are three of them? And they are from New York? (Well, two of the three.) Seriously, can somebody please explain this to me. Until then, I'll assume it's because it's too difficult for some people to understand anything that's not explained through a white reference point. ALSO, I hate how the main point of these articles is "Actually, these guys are kind of smart." HOW IS THAT NOT RACIST?

As it turns out, "Combination Pizza Hut and Taco Bell" has as much to do with the whole of Shut Up, Dude as the Beastie Boys' "Cooky Puss" does to the referential overload of Paul's Boutique. -http://www.pitchfork.com/reviews/albums/14376-shut-up-dude/


"Some people call them one of the most polarizing up-n-coming rap groups, I call them the 2011 version of the Beastie Boys."
-http://drhiphop85.wordpress.com/2011/02/04/doctors-recommendations-das-racist/

"Since that first manifestation of genius two years have passed, more than enough time for Víctor Vázquez and Himanshu Suru to conquer the domain of hip hop and to have astonished the world with two mix tapes, “Shut Up, Dude” and “Sit Down, man”, which makes them the unstoppable heirs of the most playful Beastie Boys."
-http://www.primaverasound.com/ps/?page=cartel&artista=223&lang=en
Posted by Decolonize Everything. at 10:17 PM No comments:

YouTube - ART THOUGHTZ: How To Be A Successful Black Artist

Ughhh, I love this video up until the last 30 seconds. Also, I think Kara Walker's art is dope, fyi. TRIGGER WARNING: This video contains footage of the Rodney King beating, Emmit Till's dead body and the murder of Radio Rahim. : ( Oh yeah, and "the N word." Lots of it.
Posted by Decolonize Everything. at 3:56 AM No comments: 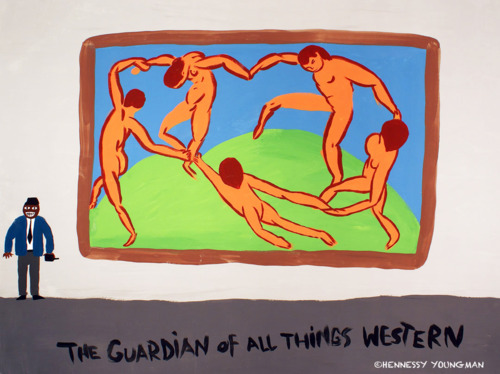 Posted by Decolonize Everything. at 3:04 AM No comments:

Ion Magazine: Where do you guys fit into the rap world?

Victor: Right up the butt.

Posted by Decolonize Everything. at 9:34 PM 3 comments:

Email ThisBlogThis!Share to TwitterShare to FacebookShare to Pinterest
Older Posts Home
Subscribe to: Posts (Atom)
This is TEMPORARILY a Das Racist fan blog.

Decolonize Everything.
I'm a mixed-race queer woman of color living in Oakland, CA. I write a lot about oppression and resistance (to racism, sexism, homophobia, transphobia, xenophobia, fatphobia, etc.) I'm also really interested in culture; who makes it and how, what it means and how it shapes the way we see the world and each other.

My interests include Mangos with Chili, Das Racist, Hari Kondubalu, W. Kamau Bell and other socially conscious young, brown (and/or queer) culture-makers. My disinterests include white people who think it's unfair they're not allowed to use the "N-word."